Blog | PAS Is So Passé

You may have heard about a copywriting technique called PAS. Even if you haven’t, I bet you’re familiar with it.

A lot of breakups are actually caused by dental issues! (Agitate)

Call 1800 SHINYTEETH and buy our tooth whitening spray. (Solve and Call to Action)

What does that sound like? Late night TV spots that only insomniacs and ice addicts are watching? A radio ad that knows that you’re more or less a captive audience? A direct mail campaign that comes complete with a man whose smile could rival the floodlights at the MCG?

If you answered “yes” to all of the above then you can see the problem with this approach. It’s usually reserved for those trying to sell a product quickly with no intent of building a reputable brand or brand identity.

Of course, not everyone believes this, and there are plenty of people who sing its praises, like it is the silver bullet with which to solve all your business copywriting problems. I don’t agree, but I also think there’s a bigger problem with PAS than just its lack of credibility. PAS encourages copywriters to think about others as lesser beings. Copywriters who employ this technique often end up thinking of their fellow humans like a mark.  PAS is still prevalent, because marketers love tapping into fear, an extremely primal feeling that all people share, and one that still causes them to call strange numbers and order stuff they would have never thought of. Basically, a lot of copywriters employ it because they’ve been told it gets results.

Why am I telling you this?

Don’t I also practise the ‘dark arts’ of marketing? Well, yes and no. Even though I make my living copywriting, I don’t want to become like that guy who looks for friends, just so that he can sign them up to a pyramid scheme. I want to write in a way that adds to humanity, not subtracts from it, and I believe that the days where this overt kind of copy worked well, are numbered.

PAS is no longer the powerhouse it used to be — because put simply —audiences are getting savvy. Even if we leave aside its dubious ethics for a moment, it appears that judgement is already being dealt out to PAS.  It’s being relegated to the ‘weird uncle’ part of the advertising world. The part that sells ‘penis pumps’ and ‘urine be gone’. When I hear it on the TV I have to admit it’s starting to sound as odd as those clips of the news from the 1950s where every announcer sounded ‘so genuine’ with their sonorous propaganda voices.

So is it possible to make PAS more palatable for a modern, astute audience?

Let’s try shall we? How about we make it interesting and a little less ham-fisted. For a start, let’s see if PAS can be transformed with an injection of humour.

Introducing PASH: the new copywriting formula on the block. Just like PAS, but now with added humour.

Humour is a great tool, it makes you relatable, and in turn, trusted. There is a reason that on every single person’s lonely hearts column they specify that any prospective partner must have “a good sense of humour”, right?  So can humour fix PAS? We just need to PASH now, don’t we? I don’t think so. The damage to PAS probably can’t be fixed with an injection of humour alone. PAS is too stale to be modernised. I think the real reason PAS is set to fail the modern consumer is because it fails the genuineness test, and that’s something no amount of humour can fix.

So what can you do instead of PAS? I’ve got a few ideas, but I think telling the truth, telling a story, and being entertaining would be right up the top of the list. Even PAS is often premised on finding a central truth. That’s how you find the pain point.

Just for fun I wrote a PAS advert for a Mercedes Benz sports car. 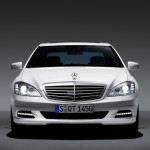 Don’t Let Your Dreams Drive Away

When was the last time you bought something for yourself? It’s been a while hasn’t it? It seems like you’ve been earning money your whole life but have forgotten to enjoy it. Don’t let your dreams Drive Away without you. Pick up a Mercedes Benz S Class and enjoy life.

Now check the actual advert for the same car, it uses the same reasoning that I employed with PAS but it does it so much better?

“If you don’t enjoy your money, your ex-wife will. The ultra-luxurious S-Class. Spoil yourself.”

The death of PAS from mainstream advertising might be mourned by some, but if you’re honest you can see it was never as clever as the people who invented it thought it was. So what about you? Are you sad that PAS is passing? Or do you like the open possibilities afforded to a new generation of copywriters and consumers?

P.S.  I’ve got a confession to make. In spite of what I have just written, PAS still has its place in the copywriting world. After all, I used its formula to write this blog post. Now tell me honestly, did you pick it?